Residents and Staff in the News

Community volunteer and USF Health patient Bruce Mackey made the gift in honor of his doctors Guilherme Oliveira and Basil Cherpelis.

“As a dedicated patient advocate, Bruce Mackey understands the importance of innovation to discover emerging treatments and improve quality of life,” USF President Steve Currall said. “We are grateful for his generous estate gift, which will support the work of our physician scientists to advance health, society and biomedical science in the Tampa Bay region, the state of Florida and beyond.”

An octogenarian, Mackey logs hundreds of volunteer hours annually for Moffitt Cancer Center, and he credits his vibrancy to working with people — especially patients. He tasks his doctors with the assignment of helping him keep up that pace: “I’m still running around like a 60-year-old, so let’s keep that going.”

“It’s exciting to see the lasting impact Mr. Mackey is making across so many areas of medicine — cardiology, dermatology and neurology,” said Dr. Charles Lockwood, USF Health senior vice president and dean of the Morsani College of Medicine.

Mackey notes that he has lived the American dream, the grandson of immigrants who was raised in Nebraska. He and his wife, Loyce, met on a blind date, and the couple each built successful careers over the course of their 55-year marriage. Loyce conquered battles with melanoma and metastatic breast cancer, returning to her full life of social activities and tennis. Eight years after her last radiation treatments ended, a fall led to painful injuries that ultimately took her life.
In her final days, Loyce encouraged Bruce to spend the rest of his life volunteering for the cancer center that gave her the best care. He followed her wishes, relocating to Tampa Bay and serving on several patient advocacy boards and programs.

Mackey now wishes to expand his volunteer and philanthropic support to USF Health. “Loyce and I didn’t have children, so at first we left our estate to a combination of national health organizations,” said Mackey. “But now I want to know more directly where the money is going. Giving locally to the researchers and programs at USF Health will make a greater impact.”
“We’re thrilled to help donors like Mr. Mackey build an incredible legacy through the world-class research and programs happening right here in Tampa Bay,” said USF Foundation CEO Jay Stroman. “Bruce and Loyce Mackey will be forever connected to the scientific discoveries made and the patients served through their generosity.”

Mackey’s gift will fund the Bruce E. and Loyce A. Mackey Professorship in Women’s Heart Health, which will fund a physician scientist who will lead a new women’s heart clinic at USF. “Not enough research dollars are going to women’s heart health,” said Mackey.

Since Mackey has lost family members to Alzheimer’s disease, part of his gift will also support caregiver education programs at the USF Health Byrd Alzheimer’s Center. The new fund will be used to expand workshops and support groups, create educational videos, launch a podcast series, and develop an online library of resources for caregivers of Alzheimer’s and dementia patients.

Cherpelis, a Mohs surgery expert and residency program director for USF Health Dermatology and Cutaneous Surgery, was Mackey’s first connection to USF. The Bruce E. and Loyce A. Mackey Endowed Fund for Skin Cancer Research will help fund innovations in immunostain testing and research that may lead to more accurate removal of skin tumors and other cancer cells.

About the University of South Florida
The University of South Florida is a high-impact global research university dedicated to student success. Over the past 10 years, no other public university in the country has risen faster in U.S. News and World Report’s national university rankings than USF. Serving more than 50,000 students on campuses in Tampa, St. Petersburg and Sarasota-Manatee, USF is designated as a Preeminent State Research University by the Florida Board of Governors, placing it in the most elite category among the state’s 12 public universities. USF has earned widespread national recognition for its success graduating under-represented minority and limited-income students at rates equal to or higher than white and higher income students. USF is a member of the American Athletic Conference. Learn more at usf.edu.

About the USF Foundation
The USF Foundation connects the university with donors who want to make a difference by providing private, philanthropic support to promote student success, academic initiatives, research, and other strategic priorities of the University of South Florida. Our donors celebrate the energy, vision and future of one of the country’s most exciting and engaged universities. Our people and programs, our ideas, our research and our solutions comprise an ambitious plan to enhance health care, science, technology, education, business, the arts and global partnerships. Learn more at giving.usf.edu. 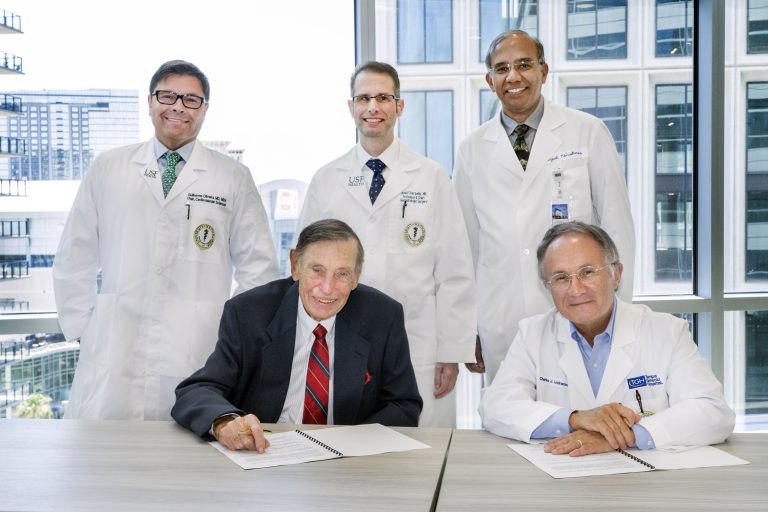